St. Paul is the 2nd biggest city in Minnesota, USA. St Paul developed as a port town during the 1800s. It’s located on the banks of the upper Mississippi River. The city developed due to its geographical location, and in 1819 a fort was built where the Mississippi and Minnesota rivers crossed. The fort was initially called Fort Saint Anthony, and later its name was changed to Fort Snelling. Traders were easily and quickly able to move their goods along the river, which were lined with stone bluffs.

As the fur and whiskey trading industries developed, Fort Snelling and the surrounding area grew. In the early 1830’s Fort Snellings military officers banned traders for selling whiskey, much to the discussed of locals and distillers alike. A French-Canadian called Pierre Parrant stepped in and made history by completely moving trading operations. He moved his home and trading station 5 miles down the river, and many others followed suit. The area was, at the time, known as “L’Oeil de Cochon,” which means pigs eye. This was a nickname that locals had given to Parrant. Today the area is known as downtown St. Paul.

In 1837 a treaty was drawn up, which allowed the city to be occupied as a white settlement. This new settlement was named St. Paul after Paul the Apostle by a priest in 1841. The area kept growing and continued to be an important trading center. In 1849 the Minnesota Territory was formed, and St. Paul was chosen to be its capital.

By the late 1800s, railroads were being built in which linked St. Paul to the pacific northwest. Canada's famous railroad developed, James J Hill built the Northern Pacific Railway and the Great Northern Railway, both of which passes through St. Paul. This linked the city with other commercial trading ports and increased trade, transportation as well as an economic boom. St. Paul Union Stockyards was opened, which sold livestock and packaged meats. The cities fortunes took a downward spiral in 1904 when a Tornado and thunderstorm struck St. Paul. In the 1920s and 1930s, There was an increase in organized crime and corruption, and this also put a stop to the cities growth.

St. Paul may have started from humble beginnings. Today it is a modern city with an industrial and commercial center. It has also grown into a popular tourist destination, and there are many historically interesting places to visit. The city has a cosmopolitan feel, and many immigrants have added their own culture, foods, language, and religion to the area. Several of Minnesota's companies have chosen to work from St. Paul as they can take advantage of fantastic road and railway links. Companies such as Minnesota Mining and Manufacture Company and Eco Lab Chemical and Cleaning Company are based in St. Paul. This has helped to turn the city into one of America's most important commercial centers. 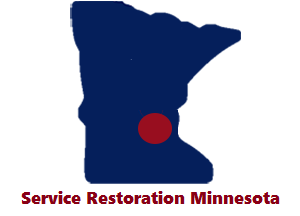